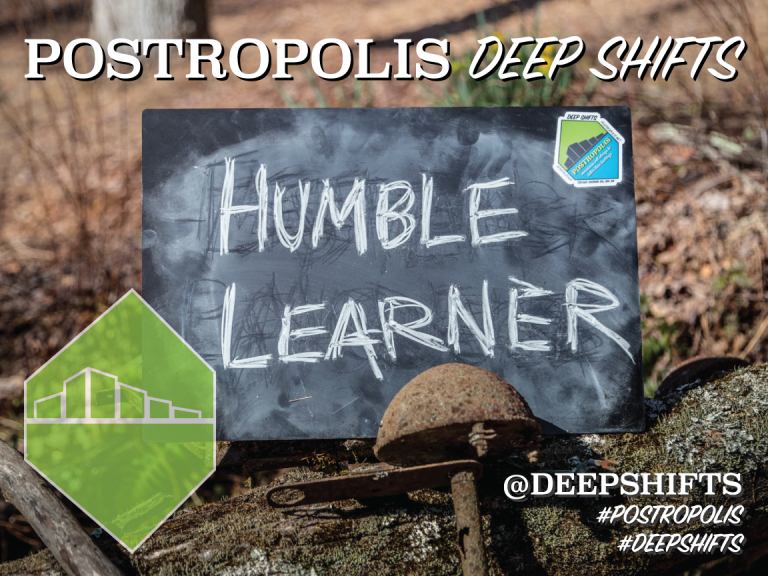 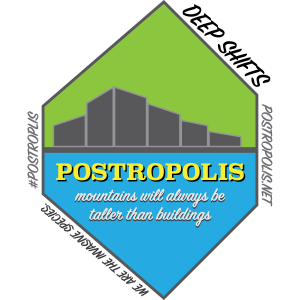 What are the deep shifts we’re so interested in here at Postropolis HQ?

Klaus Schwab, Founder and Executive Chairman of the World Economic Forum, published The Fourth Industrial Revolution in 2016.  In this text, he emphasizes that the fourth industrial revolution is “not only about smart and connected machines and systems.  Its scope is much wider.  Occurring simultaneously are waves of further breakthroughs in areas ranging from gene sequencing to nanotechnology, from renewables to quantum computing.  It is the fusion of these technologies and their interaction across the physical, digital, and biological domains that make the fourth industrial revolution fundamentally different from previous revolutions.” (p. 8)

Schwab closes his introduction to the text with the following paragraph:

“The reality of disruption and the inevitability of the impact it will have on us does not mean that we are powerless in the face of it.  It is our responsibility to ensure that we establish a set of common values to drive policy choices and to enact the changes that will make the fourth industrial revolution an opportunity for all.” (p. 13)

The book concludes with a reprint of the “Deep Shift” report, which articulates potential impacts and timelines for twenty-one technology shifts from the study, plus two additional shifts.  These deep shifts are our focus.  Those shown in italics are the ones we intend to prioritize with our initial attention through our watershed-based lens.

Considering these emphases, what drives our approach to achieve a better understanding of these deep shifts?  Essentially, we’re planning to revisit our history to understand the future—through this watershed-based experiential lens.  To put it another way: What can we learn from previous industrial revolutions to help us better prepare for how this fourth industrial revolution might play out in rural communities such as those of the Upper New River watershed?

And, in the present tense, let’s provide some pragmatic questions, such as: Here in Alleghany, we’ve got some of the best, fastest internet in the country. It doesn’t seem like anyone is using it to its fullest potential. Are they, or aren’t they?  And if not, why not?

Stepping back out to take a look from a broader perspective, we consider the words of Christophe Bonneuil and Jean-Baptiste Fressoz as they discuss the Shock of the Anthropocene: “To understand what is happening to us with the Anthropocene requires the mobilization of all forms of knowledge. If the natural sciences are essential to understanding the intrinsic dynamics of the Earth and its inhabitants, conceiving the Anthropocene also requires new environmental humanities. For this strange species, the ‘naked ape’ that has plunged the Earth into the uncertain future of the Anthropocene is not simply a biological entity. It is also made up of social and ideological systems, institutions and imaginations, pervaded by power relations that govern an unequal distribution of the benefits and ravages of Gaia, of legitimacy in speaking of and for the planet, and the possibilities of influencing technological and economic choices – starting with the ability to tell the Anthropocene and its history.” p. 44

With the Deep Shifts project, we’re launching headlong into the “environmental humanities” approach, building the Postropolis process, framework, and platform for the purpose of understanding the Fourth Industrial Revolution.

In their text Inventing the Future, Srnicek and Williams focus pathways to potential political futures of civilization beyond capitalism, identifying that “Most importantly we lack a cognitive map of our social economic system: a mental picture of how individual and collective human action can be situated within the unimaginable vastness of the global economy.” (p. 14)

Can we forge a way forward, or as Neil Postman predicted, are we really Amusing Ourselves To Death in the digital depths of Technopoly?

To understand and articulate the pathways we can create using the Postropolis process, framework, and platform, the Postropolis: Deep Shifts project manifests as a series of case studies intended to articulate the relationships between our histories and potential futures.  For example: What are the relationships between farming, industry, and commerce; between survival, livelihood, leisure, and tourism?  How have these relationships changed due to federal projects such as the Blue Ridge Parkway and the Interstate Highway system?

What is the “people’s history” of these relationships?

Srnicek and Williams recognize the complexity inherent in social-economic systems and the global politics associated with shifting these systems, for better or worse.  They identify two potential approaches to this inherent complexity: “If complexity presently outstrips humanity’s capacity to think and control, there are two options: one is to reduce complexity down to a human scale; the other is to expand humanity’s capacities. We endorse the latter position. Any postcapitalist project will necessarily require the creation of new cognitive maps, political narratives, technological interfaces, economic models, and mechanisms of collective control to be able to marshal complex phenomena for the betterment of humanity.” (Inventing the Future, p. 16)

At Postropolis HQ, we believe guidance for this approach to complexity can be found in Donella Meadows’ principles of systems wisdom, as articulated in her posthumously published book Thinking in Systems.  Compared to a more traditional understanding of systems thinking, which is essentially critical thinking about complex (dynamic, nonlinear) systems, systems wisdom is more attuned to “what do we actually DO as part of these systems?”

In other words, how should we behave in complexity, which we can’t escape anyway?  Meadows likens these principles to “dancing with systems” and they are listed as follows:

Get the Beat of the System
Expose Your Mental Models to the Light of Day
Honor, Respect, and Distribute Information
Use Language with Care and Enrich it with Systems Concepts
Pay Attention to What is Important, Not Just What is Quantifiable
Make Feedback Policies for Feedback Systems
Go For the Good Of the Whole
Listen to the Wisdom of the System
Locate Responsibility in the System
Stay Humble – Stay A Learner
Celebrate Complexity
Expand Time Horizons
Defy The Disciplines
Expand the Boundary of Caring
Don’t Erode the Goal of Goodness

For example, to defy the disciplines means to follow a system wherever it leads, regardless of the expertise we have, or the expertise of others that we’ll be collaborating with during the process of following the system (across the arts and sciences).  As usual, Meadows explains this concept quite clearly in Thinking in Systems:

“Seeing systems whole requires more than being ‘interdisciplinary,’ if that word means, as it usually does, putting together people from different disciplines and letting them talk past each other. Interdisciplinary communication works only if there is a real problem to be solved, and if the representatives from the various disciplines are more committed to solving the problem than being academically correct. They will have to go into learning mode. They will have to admit ignorance and be willing to be taught, by each other and by the system.” (p. 183)

We think this is the core of environmental humanities. 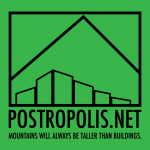